Let’s talk a bit today about the power of a local radio campaign. One that brands a local business (makes people think of you first in your category… and they know exactly what you’re about and what you stand for). It essentially can make a business or a business owner somewhat famous in his or her community. Someone like you. And isn’t that what you really want for your business? …for it to become famously popular with a large group of people?

A radio ad campaign is made up of individual ads. Ads that are changed every so often. About once a month for most of my radio customers. Most have an ad schedule of 3 or 4 weeks of ads each and every month. Sometimes every week.

The success of a radio advertising campaign comes from the series of ads. Not just that ONE ad that I’m trying to write. So, I guess there’s technically not a perfect ad. There’s just a series of really good ads aired over time that makes a much bigger overall impact than the sum benefit of each ad tracked individually (if you think you can accurately do that). 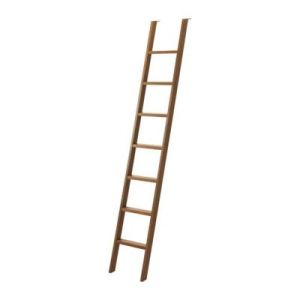 There’s an ad for you that might seem perfect if you know which ad finally turns somebody from a non-customer into a customer. But that ad won’t be the same one that finally tipped someone else off the fence. We all react differently to ads.

And just because one particular ad makes a few people come and buy something from you… doesn’t mean that the 6 different ads they heard in the 6 months prior, didn’t move them closer and closer to buying from you. A good radio ad campaign will constantly be moving people closer to doing business with you. Some people are closer to needing what you sell than others. Your ad campaign is constantly working for you. Constantly moving people up the TRUST LADDER.

When you’re trying to convince someone to buy from YOU instead of someone else, they need to be at an unconscious trust level with you before they’ll buy. It’s a process. And it doesn’t happen overnight… or with ONE ad.

Your radio advertising campaign (that says something people actually want to listen to) moves people of all different types up the TRUST LADDER constantly. Some get to that coveted top few rungs of trust sooner than others.

Thanks for reading. Have a great day!