We’ve all learned lessons the hard way, right?  But we’re better people for it.  It makes that lesson sink in just a little bit farther.  Let me share a quick story about how it seemed like “back to school” for me recently. 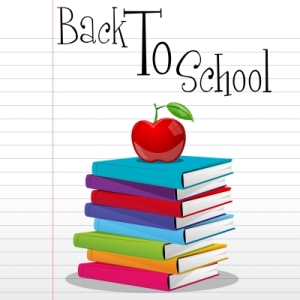 It was “back to school” for me recently. Image by “digitalart” / freedigitalphotos.net

I had a client who I began a “radio relationship” with late last year.  Everything seemed to be going fine… and out of left field I get a call from them saying that they are canceling their radio advertising… and going with some “other” radio people just to try it out.

They weren’t firing me… it was just a temporary thing they said.  They were curious.  They also had multiple people trying to make marketing decisions, which didn’t help.  But that’s not my point here.

My point is that I screwed up somewhere.  Me.  I didn’t blame anyone.  I didn’t get upset.  (please don’t get all mad and whiny if someone decides to not do business with you – if you do, you just guarantee that they’ll never ever come back to you – be the bigger person)

It had to be something that I could have avoided, right?

I dug a bit deeper.  I waited a couple days and then called and asked, “So, what really was the reason you’re taking a detour from what you were doing?”

They told me that the “other radio people” presented them with a really creative and funny ad that they couldn’t pass up.

How did this happen?!

My lesson here is that I forgot to tell them that they were going to be called on by every advertising platform in town when they started advertising aggressively on the radio with me.

I forgot to tell them that they’re going to be swooned over and given the world because people will heavily desire their business.

No, let me re-phrase that, I should have told them that their phones would ring off the hook with desperate advertising people begging for their business, showering them with empty promises.

My lesson is that I didn’t get face-to-face with them enough.  Why?  Because they were busy.  They are mile-a-minute type of people.  So, I didn’t want to bug them too much.  But I could have got around that.  I could have tried harder.  Heck, everyone has to eat, right?  I should have bought them a few lunches here and there.

My other lesson is that I should have continued to educate them on what a good radio ad really consists of.  I was just assuming that they loved me enough to stick with me no matter what.  I assumed.  Whoops.  Dumbass.

But these lessons help me.  They make me better all around.  Hard lessons teach everyone (sometimes painfully) how to avoid similar situations in the future.  So, don’t get down or feel beat up.  Get back on your horse and do it better.

Maybe you’ve neglected your own customers here and there without realizing it.  It’s not that you want to.  Sometimes we’re just so busy.  Sometimes we have things going on in our lives in which the word “monkey wrench” isn’t even close to describing the chaos we’ve been through.  It’s ok.  Sometimes you just have to steer the ship back on course!  : )

Have a groovy day!