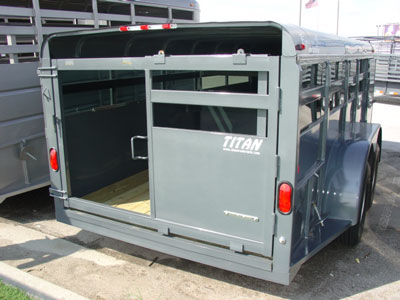 You’ve advertised for years and years, maybe decades… and you’re still not happy with your advertising and marketing results.  Then, the “new guy” (in the form of online advertising), steps onto the playing field, and you’re like, “Finally! Advertising that I can track!”   But lo and behold, you found out THAT was a crock of malarkey, too.

No matter WHERE you have advertised and no matter who has been in charge of it… it’s always failed, right?

The old way: advertising that looks, sounds, and wreaks like every other advertisement out there.

There are a few different kinds of “old way” advertising.  One example is just cramming a bunch of bullet points about your business into a radio ad (or any kind of ad for that matter) and then “picking the right station” to be on.  Doesn’t work, right?

Note to self: Stop doing it that way. Take that method of advertising to slaughter. Kill it. Be done with it. Aren’t you fed up?

Another example of “the old way” of advertising “CREATIVE”. That’s when it’s humor or special effects or any other kind of creativeness shoved down our throats in an ad… but there’s really no tie from that creativeness to your business.  No relevance. And that means people might remember the “funny stuff”, but they don’t remember YOU. We’re flooded with “creative” ads that don’t work any better than the first example I gave.

Note to self: Stop doing this, too. Slaughter the “old way” of what you think advertising should look or sound like.

I built my wife a website a few years back. She’s a Realtor. I added a page on the website called “4th Dream Home Story”. She has received comments from a few new clients about that exact page of the website. They think it’s cool.  My wife said, “When people read that, it’s like it allows them to trust me a little bit before they’ve even met me.”  I said, EXACTLY!

That’s the power of telling a story. Of sharing a personal story. They won’t remember all the other “stuff” on the website, but they’ll remember that. Plus, it ties into real estate – even better.

So, try to remember how it is that you form really tight relationships with people. Is it by spewing a bunch of facts and boring figures to your friends? No. You tell stories. You’re emotional. And that’s how you win over new customers, too. You make friends with them by creating ads that show you’re human. You bond with them through your ads. You want them to relate to what you’re saying. Be vulnerable. Shit, tell them about a bad divorce, or a influential parent, or the time you were stuck in an elevator with the Beach Boys.

Entertain them. Don’t sell them. “Selling” is for short-term goals that are short-lived. Building relationships within an audience is how you’ll win over the vast majority of them. Tell them something in your ads that will make them think, “Hmm, seems like a nice person.”

You’re afraid to be the spokesperson for your company? You need to get over that. Be the passionate business person you are… and win over a bunch of people by being YOU. And if you can’t read a script to save your life, I understand. Then, let’s sit down and just talk. I’ll record your raw passion for the business, your stories, and more. And it will turn into a radio ad that will be better than anything that was ever scripted.

Take the ineffective old ways of advertising (what you “think” advertising should look and sound like) and leave them by the side of the road and hit the gas. You don’t owe them anything.